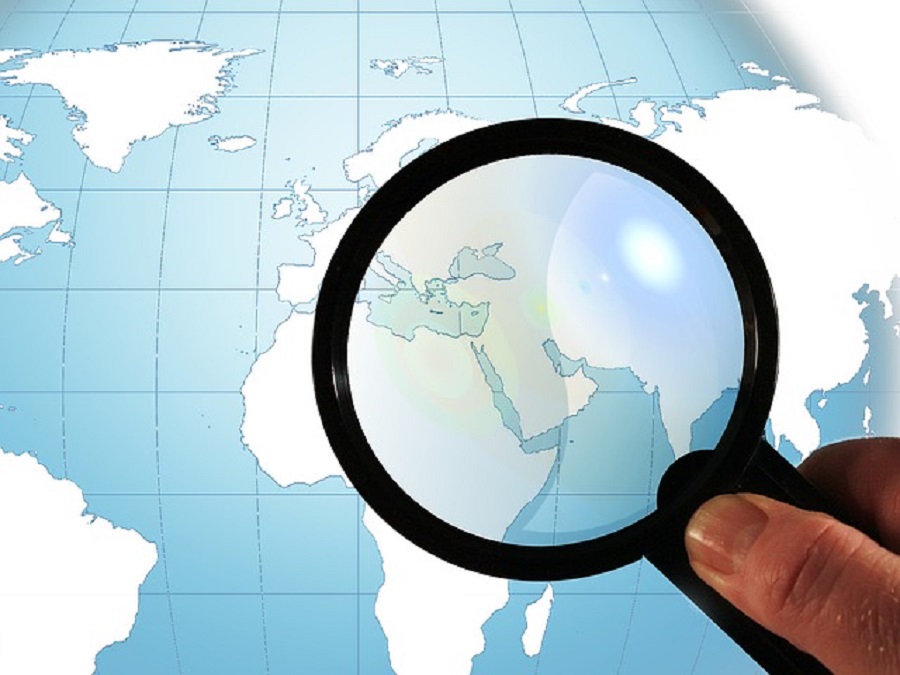 I’d like to thank the SPD parliamentary group for inviting me to this event and for granting me this opportunity to give a short introduction to this afternoon’s discussions.

I’ve come to you today with mixed feelings – or, to be more precise: I’m addressing an issue which has driven us to despair but with a guest who gives us cause to hope. Staffan de Mistura, you’re not just a trusted colleague and friend.

Moreover, you’re not just a highly experienced diplomat with a global network. For, first and foremost, you’re a tireless worker for peace.  Ethiopia, Yugoslavia, Cyprus, Sudan, Afghanistan, Albania, Iraq, Somalia, Rwanda, Lebanon – during 45 years of working for peace there’s practically no dangerous or initially futile-seeming crisis or conflict in which you haven’t got involved. Not only I but countless others here in Europe and the region itself are glad that you’ve been working tirelessly for the last few years to bring about progress in the most cruel and complicated conflict of our time, namely the war in Syria. Thank you, Staffan de Mistura, for taking the time to be with us today and welcome to the SPD parliamentary group.

The sheer scale of the conflict you’re dealing with is unbearable; and yet, the cruel toll – in terms of stark, brutal numbers alone – continues to rise every day: more than five years of civil war; more than 400,000 dead; more than 11 million people who have lost their homes. The latest images from Aleppo plumb the depths of cruelty: a pile of rubble where a city teeming with life used to stand. This pitiless violence spirals even more with every school that is hit and every hospital that is destroyed. Here today, we again call on those responsible to end the attacks on civilian targets. They must cease! This appeal is directed at both the Syrian leadership and at those who support it.

Time and again I hear the question: how could such a disastrous conflict develop in Syria? I fear the paths to this inferno are so convoluted and complex that I can only touch on them here. We’ll discuss many aspects more fully in the course of this meeting.

First of all, we have the Syrian opposition to an oppressive regime, which now consists of hundreds of very different political, ethnic and religious groups; then there’s Iran and Saudi Arabia, the proxy powers of the Shiites and Sunnis, which have made the conflict in Syria part of their hegemonic struggle; in addition, the complex, sometimes contradictory and changing interests and alliances of the other regional players, namely the Gulf states or Turkey; the growing threat of Islamist terrorism; the barbaric crimes of the so-called Islamic State; and, of course, the regional influence of the major international powers, in particular the US and Russia.

Ladies and gentlemen, none of these explains the conflict fully; each of them is only one element of the overall problem. Just as there is no simple analysis of the causes of this conflict, there cannot be any simple solutions. We cannot simply cut the Gordian knot in Syria. For me, it’s clear that even though we have to take resolute action against the Islamic State, there cannot and will not be a military solution for the core conflict in Syria. Staffan, it’s crucial that we continue to back your work, namely your efforts to create the prerequisites for a political solution – even though the road to such a solution remains an arduous one. You can count on the support of this Government and of this parliamentary group.

Unfortunately, that brings another factor into play: in the early stages of the civil war, the international community failed to initiate realistic first steps towards possible solutions, even before the military escalation began. I remember only too well that when I travelled to Syria several times in 2006/2007 I was much criticised by the international community for doubting that simply classifying Syria as part of the “axis of evil” would make it easier to find solutions in the region. I also remember the painstaking efforts of your predecessor, Kofi Annan: after the Security Council withdrew its support for his proposals and the permanent members accused each other of torpedoing the process, Kofi Annan resigned in frustration as Joint Special Envoy on the Syrian Crisis in the summer of 2012. What’s more, I remember later major conferences on Syria at which the international community seemed to be discussing the situation as if Assad was no longer on the scene. But he was – indeed, he still is today. We in the West have to look at our own stance critically and recognise that in many ways this conflict is a story of missed opportunities, and that we have a shared responsibility to change this.

We meet today at a time when there’s a lot going on in the region. In saying that, I’m not expressing any kind of judgement: we don’t know yet in which direction events will take us; and there are certainly many causes for concern. However, if we want to see improvements then we have to analyse what’s happening, we have to look for new approaches, especially now that all efforts hitherto have failed. For that reason, too, Thomas and Niels, your event today comes at the right time.

The election of Donald Trump will, for sure, change US foreign policy in the Middle East. But we don’t yet know how.

There could also be movement in relations between the US and Russia. The question is whether that’ll have a constructive impact on the region.

At the same time, the regional power structures are changing. The conflict in Yemen is placing a strain on Saudi Arabia’s military and political capabilities. A mere glance at the map reveals how closely the conflicts in Yemen and Syria are connected. John Kerry and others have been working to bring about a ceasefire in Yemen. Now that these efforts have proved unsuccessful, we have to hope that they’ll be renewed.

There are also other developments in the region: the resolution of the presidential crisis in Lebanon, for example, which surprised many, but of course also the problematic developments in Turkey – I, for one, returned from my trip there with more wrinkles than when I set off.

In the face of this instability in the region, it’s all the more important to maintain any progress made – especially – and I want to make this quite clear – the nuclear deal with Iran.

None of us can say where all of this will lead. It’s therefore important at a time like this to be aware of our own position and responsibility. Firstly, of course, there’s the humanitarian situation. For as long as an overall political solution seems unachievable, small steps matter: any measures which alleviate the daily suffering of people, especially in Aleppo, are crucial. We’re therefore constantly engaged in talks with the UN and regional partners to lay the groundwork for humanitarian access.

However, taking responsibility also means working tirelessly on the political process. For despite all the current developments, the parameters remain the same as those set forth in the joint declaration of the International Syria Support Group in Vienna. We need cooperation between the major powers, the US and Russia, and we need a mechanism which forces the regional rivals to sit round the negotiating table and find a way to reconcile their interests as much as possible. While in the region over a year ago, I spoke to Arab intellectuals in the Saudi Arabian city of Jeddah. A young man at the back of the room said: “What we need is your 1648. We need a Peace of Westphalia for our region”. I was impressed by his remarks – not because I come from Westphalia but because this young man, unlike all the others, wasn’t talking about how to win the war but how to bring about peace. I think that should be our European approach at least and we want to work towards that, together with you and the United Nations. Staffan, I’d now like to hand over to you.