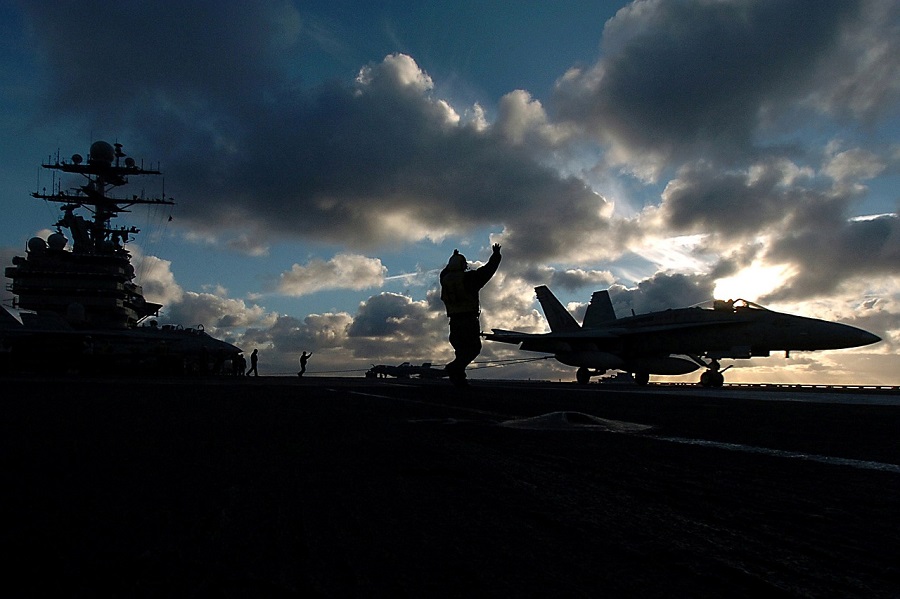 Plenary Meeting of the Global Coalition to Counter-ISIL

Ambassadors and ‎senior diplomatic representatives from the 68-member Global Coalition to Counter ISIL gathered today for a plenary session at the Department of State to review the status of our global campaign to defeat this terrorist organization. They welcomed Libya as the most recent member of the Coalition, while noting the progress Libya has made against ISIL, especially in Sirte. Coalition members emphasized the close coordination between our military, intelligence, and law enforcement communities, which has resulted in significant degradation to ISIL’s global network. They also reiterated unwavering commitment to support the liberation of territories held by ISIL in Iraq and Syria, and for the hard work of stabilizing those areas after ISIL to ensure its defeat is lasting and permanent.

Special Presidential Envoy for the Global Coalition to Counter ISIL Brett McGurk provided an update of the global campaign and outlined a number of key indicators that have been useful for measuring our progress in defeating ISIL inside Iraq and Syria, degrading its global networks (foreign terrorist fighter, financial, and propaganda), and uprooting its so-called affiliates.

These indicators include: territory gained and lost; access to foreign terrorist fighters; access to revenue; access to borders; leadership attrition; media and propaganda output; and global cohesion. Thanks to the efforts from our global Coalition, he noted that all of these indicators are now trending in a positive direction, but also emphasized the need to maintain maximum pressure on ISIL to sustain the momentum achieved to date.

Territory: Local ground forces, with coalition support, have now retaken 56 percent of the populated territory ISIL once held in Iraq and 27 percent of what it once held in Syria. These numbers continue to increase with simultaneous operations now underway to liberate ISIL’s “territorial” capital in Mosul and to isolate its “administrative” capital in Raqqa. McGurk also provided an update on the humanitarian situation and thanked the coalition for its contributions to support stabilization activities in Iraq and in Syria.

Foreign terrorist fighters: Foreign terrorist fighter flow into Syria and Iraq is down significantly, from approximately 1,000 per month in 2014, to approximately 500 per month in 2015, to a negligible amount today. The number of overall ISIL fighters in Iraq and Syria is now at its lowest level in more than two and half years, and ISIL is unable to replenish its ranks or reinforce its positions in territory it still holds. Our coalition is committed to continuing our efforts to staunch its foreign networks globally.

Revenue: Fusing intelligence and military operations has led to a dramatic decrease in ISIL’s ability to generate revenue and fund its operations. Coalition airstrikes have targeted its oil and gas production facilities, the trucks that have moved oil and gas to consumers, and its cash storage sites that hold ISIL’s financial reserves. Its access to the international financial system and outside funding has also been cut. This pressure has led ISIL to slash payments to its fighters and levy extortionist taxes upon the population it seeks to control.

Border access: ISIL’s ability to move across borders and threaten coalition homelands has been significantly degraded. In recent months, Manbij – which had been a hub for foreign terrorist fighter travel and ISIL external operation plotting – has been liberated, resulting in a treasure trove of intelligence information. Turkey has also successfully led operations to remove ISIL from the last 98-kilometer strip along its border, thereby denying ISIL for the first time access to any outside international border. Cooperation and information within our coalition has also led to the dismantling of networks outside Iraq and Syria and disruption of terrorist plotting.

Leadership attrition: ISIL’s leaders are dying at an increasing rate and we intend to dramatically accelerate this pressure over the coming months. Nearly all of Abu-Bakr al-Baghdadi’s deputies – including his chief of external operations, and ministers of war, finance, and propaganda – have been killed and it is a matter of time before Baghdadi meets the same fate. Our precision airstrikes are also targeting ISIL’s external plotters, military commanders, administration officials, foreign fighter facilitators, communicators, and battlefield fighters.

Media output: Our coalition is working with governments and non-governmental partners around the world to counter ISIL’s propaganda. We are also degrading its ability to operate in cyberspace through global coordination and cooperation with the private sector. Twitter has suspended nearly 400,000 ISIL- related or affiliated sites over the past year. Counter ISIL content is now more prevalent online, and ISIL’s primary recruiting pitch – as a historic and expanding territorial movement – is no longer credible, as its territory shrinks and leaders die.

Global cohesion: As ISIL loses territory in Iraq and Syria its so-called affiliates around the world are being degraded and severed from ISIL leadership networks. Coalition partners have dramatically increased information sharing, enhanced border security, strengthened legal regimes, adopted strategies to counter violent extremism, and interdicted known ISIL facilitators to break up plots and protect our homelands. Where ISIL has sought to establish an alternative to Iraq and Syria – as in Libya – we have supported local fighters and the Libyan Government of National Accord to eliminate what had been an emerging safe haven in Sirte.

While we continue to make significant gains against this barbaric enemy, we acknowledge that this will be a long-term fight that requires international cooperation. ISIL continues to produce scores of suicide bombers every month and it is poised to fight until the death in the territory that it continues to hold. Our coalition commends the heroic fighters on the ground in Syria, Iraq, and Libya, now taking the fight to remaining ISIL strongholds. The discussion today at the U.S. Department of State underscored the strength of our global coalition, and our shared commitment to remain resolute and on offense – across all lines of effort – until our mission is complete.