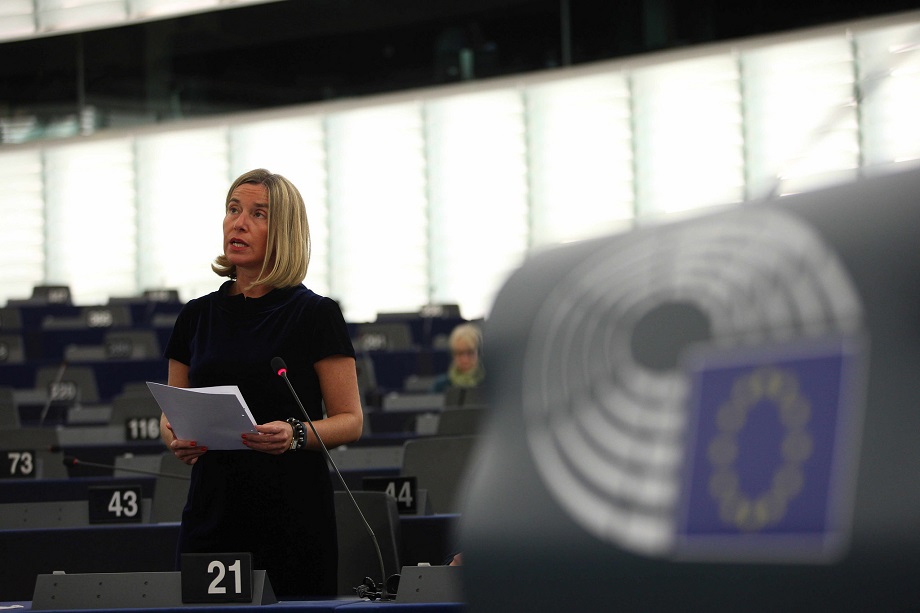 I believe there are two mistakes we must not make when discussing the global compacts – and one additional one that I will mention later.

The second mistake would be to tackle migration as a fight between the North and the South of the world, the developed and the developing countries. Again, the opposite is true.

The earlier we realise that it is partnership and cooperation that we need, in the interest for us all, because we are all in this together. No country can address it on its own, neither in Europe nor elsewhere in the world. And all countries have an interest in addressing this effectively.

We all supported the UN Secretary-General Ban Ki Moon’s initiative to hold a high level meeting on migration and that was back at the UN General Assembly in 2016. Then, we all collectively and unanimously adopted the New York Declaration that launched the work on the two Global Compacts, on refugees and on migration.

And that was an important achievement for us Europeans, because in the middle of the migration crisis in Europe – I add in Europe, because we have to remind ourselves that there are migration crises every single day in every single part of the world, but in that specific moment, after summer 2015, in the middle of the European migration crisis – we called for the international community to engage to build partnerships and we received a positive response. And there the Global Compact [for Safe, Orderly and Regular Migration] process started.

The European Union took an early lead in the discussions on the Global Compact [for Safe, Orderly and Regular Migration], we also actively participated from the beginning in the work leading to the clear common positions that are now in front of us. This has allowed us to bring forward a Global Compact that largely reflects European objectives and that respects all our key concerns.

I know that Commissioner Stylianides said it very clearly in the European Parliament in the plenary session in Strasbourg a couple of weeks ago: we regret the decision by some European Union Member States not to join or to support the Global Compact.

We do believe that all Member States’ interests are best served in supporting the proposed framework that will establish a basis for international cooperation and dialogue – that basis that was missing up to now and that we asked for.

Dialogue and cooperation lie already at the basis of the results – first results that will need to be consolidated – that we have achieved as Europeans in the past years: reducing irregular arrivals, offering alternatives to migrants, bringing smugglers to justice, and also tackling difficult topics, including return and readmission. Results that were achieved by way of cooperation, partnership and mutual respect and understanding with a strong role of the United Nations. All elements that are at the basis of the Global Compact.

There are some misconceptions in the debate on the Global Compact. I would like to underline one misconception that is self-evident to me but maybe we need to repeat it in view of the national debates that are going on: It is not a legally binding framework.

I think national parliaments in particular, but also the European Parliament have to acknowledge that from the very beginning this is not a legally binding framework. It will not create any legal obligation for the states. It is a menu of policy actions, it is a menu of best practices, from which states may draw to implement their national migration policies, in a cooperative way, in an international manner – it provides a framework.

The Compacts are built on this basis and are grounded on respect of the principle of national and sovereign rights of states to determine their national migration policies. But they do provide that framework that is missing today and that is definitely needed, as we Europeans asked for it.

We will continue to work to improve migration management worldwide, which is already done today on the European side on the basis of the work strands that are developed under the Global Compact. We will notably continue our engagement with the International Organisation for Migration, we will lead the implementation and follow-up of the Global Compact, which will entail sharing experiences, helping countries to overcome shortcomings and searching for solutions to an issue that is global by definition.

We will also continue to support partnerships at bilateral, regional and global level in the area of migration with our partners in the world. The Global Compact will be an important basis for cooperation along what has been agreed as the common European Union approach to migration and that, as I said, is largely reflected in the Global Compact.

Our common work and your contribution as the European Parliament will be essential. [European Commissioner for Migration, Home Affairs and Citizenship, Dimitris] Avramopoulos will be leading the Commission delegation to Marrakesh on 10 and 11 December and I am very happy to see that Members of European Parliament will join the European Union delegation to the Intergovernmental Conference [in Marrakech].

I believe the role of parliaments is going to be crucial. I very much appreciate the European Parliament’s strong interest and engagement and confirm our full commitment to work very closely with you in this joint endeavour.

Thank you very much, Mr Chair. I want to underline the fact that I speak here on behalf of the Commission. It is for the Austrian Presidency to express the position of the Council. The European Commission has a very clear position on the Global Compact.

As I explained, this is the result of a process that we Europeans have initiated in the UN framework, asking for partnership, asking for having a political global framework for managing together, on the basis of what we had started to do already with our African friends, with our Asian friends, with friends from Latin America and everywhere.

We initiated this process in the UN framework, asking for a global approach – political, not legally binding – to establish partnerships, because we Europeans found out – to my view quite late in 2015, 2016, but still we did – that we needed to build strong partnerships with the countries of origin of transit and of destination, supporting a common system, a common approach, to manage migration, fight traffickers, offer opportunities and also tackling the difficult issues like returns, in an effective manner.

It is a difficult process, but it is a process that is now reflected in a Compact that – starting from a European approach – and has moved to a global level. The Global Compact largely reflects the positions of the European Union and the work that we are currently doing with our partners on migration, starting from the work that we are doing with the IOM [International Organisation for Migration] and the UNHCR [United Nations High Commissioner for Refugees].

And I can tell you this: the European Commission will not only be represented [at the Intergovernmental Conference] in Marrakesh – the EU delegation, as I said, led by Commissioner Avramopoulos – but we will continue to actively engage with the UN and the UN system. Technically, after the conference in Marrakesh there will be a vote in the General Assembly, where Member States of the United Nations will take a vote.

The European Commission will continue to work with the UN system, with the UN agencies, with our partners globally, to implement this agenda – because we have seen that in the first couple of years of the work we have done along the lines reflected in theGlobal Compact, this work has started to bring results. So we will continue to work in this direction, investing in the implementation of the Global Compact as a political non-binding cooperative framework that will guide us and our work over the next decades. Thank you.