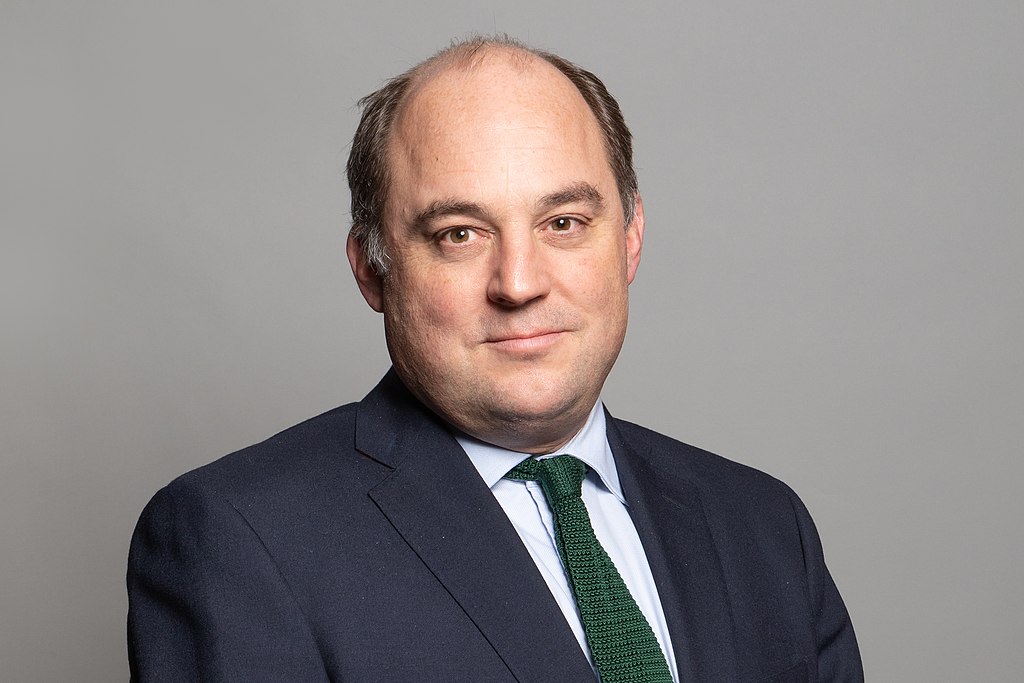 Thank you very much for allowing me to speak today. It’s huge pleasure to be here in Vietnam at the end of my long trip which I started two weeks ago from Washington, Japan, South Korea, Vietnam and a short stop in Cyprus on my way back to the United Kingdom. It’s been an enlightening visit to see through the eyes of various nations their views about where we are, today threats and challenges and what we should all do to counter them.

I want to thank Prime Minister Pham Minh Chinh and Minister Phan Van Giang for our productive meetings earlier today and now the Diplomatic Academy for hosting me this afternoon.

It is a privilege to speak at such an esteemed institution, the alumni of which include numerous ministers, who I can assure you are applying the lessons from their studies with great effectiveness!

I first met, virtually, I’m afraid with my Vietnamese colleagues last December. What struck me then, as it has again on this visit, is just how much we actually have in common, despite our very different national systems.

We share many of the same values including the same belief that all nations have the right to chart their own course, trading globally and seizing the opportunities available to them.

And a shared understanding of the importance of the rule of law for accomplishing those things – especially upholding the law of the sea and freedom of navigation, which we are here today to discuss.

Since that first meeting we have released our Integrated Review of foreign, security, defence and development policy.

I won’t rehearse the details because time is short and I am here also to listen to you.

But suffice to say it is all about working with international partners to promote those shared values in what is an increasingly anxious and competitive age – something that I note your own Defence White Paper here in Vietnam, published in 2019, identified as a ‘fierce strategic rivalry among major powers’.

We agree and our review goes on to identify the Indo-Pacific as the region of fastest growing economic and political importance in this competitive age. Not just of importance to ‘Global Britain’ but to the world, as it offers some of our biggest opportunities but also poses some of the biggest threats in the region.

This region is the world’s growth engine – home to half the world’s people and 40% of global GDP. You have the enviable strengths of youthful demographics, world-class education, innovative industries, and a strong manufacturing base.

So it is no wonder that some of the fastest-growing economies are here and Vietnam that you are at the forefront of that growth.

Your opening to the world (‘Doi Moi’) has generated prosperity through commerce – quadrupling trade in a decade is a remarkable achievement. And I hope we can help you to go further, following the signing of our Free Trade Agreement last December.

But the peace and prosperity of this region has enjoyed in recent decades are now under threat.

There are multiple potential flashpoints.

From unresolved territorial disputes to ongoing cyber-attacks on an epic scale.

Not to mention climate change, migration, and all their associated pressures on human security.

So there is no doubt that your security is our security because the threats that emanate from this region affect us all, regardless of where we call home. And the threats emanating from our region also affects you hear and also the pacific. And because we depend upon the ‘global commons’ – whether shipping lanes or cyber highways – for our shared prosperity.

And because, more disturbingly, the Indo-Pacific is increasingly the crucible of competition in which our way of life is being undermined by those who don’t share our values.

The international system that has provided order and promoted prosperity for the last seventy years is once again under challenge.

In the UK, our Prime Minister has set our vision for becoming the country best-equipped for that competitive age: stronger, more secure, resilient, prosperous and proactive, as a problem-solving and burden-sharing nation with a global perspective.

In this more competitive age, a ‘Global Britain’ has no choice but to step up, to take on those challenges and shape the opportunities of the years ahead, both alongside traditional allies but also amongst our friends, such as Vietnam.

That’s why the UK is modernising our defence capabilities, increasing our spending by £24 billion over the next four years and making our Armed Forces more forward, more present, and proactive around the world.

That’s why UK diplomacy is working hand-in-hand with our Armed Forces – as demonstrated by my colleague and friend Nigel Adams, Minister for Asia, joining us here today. Global Britain is the team effort.

And that’s why, together, we are pursuing our goal of the UK being the European partner with the broadest and most integrated presence in the Indo-Pacific, committed for the long term, with closer and deeper partnerships both bilaterally and multilaterally.

As part of that we are adapting our Defence posture by ‘tilting’ towards the region. We are investing in our defence diplomacy network and reaching out to partners through a comprehensive programme of engagements and exchanges, shared training, exercising, and partnered deployments.

The UK’s friendship with Vietnam is already growing, particularly through our work in recent years on UN Peace Keeping Operations.

Not only do such deployments illustrate our increased cooperation and commitment to uphold shared values across the globe.

But they also offer abundant opportunities to learn lessons from each other, as was immediately obvious this morning, when I met your military medical officers who recently served in South Sudan alongside British forces on a UN mission.

So, before we break for discussion, I want to highlight three elements, in particular, that will come to define the UK’s future approach here and across the region.

First, we will stand up for our values – freedom, human rights and the rule of law.

We are here to discuss maritime security and our interests at sea – from fishing to navigation – and they are underpinned by the United Nations Convention on the Law of the Sea (UNCLOS).

We are here committed to upholding the rights and freedoms under the Convention, including the rights of littoral States in their Exclusive Economic Zones.

In recent statements, the UK has objected to Chinese claims based on the so called ‘nine dash line’ and ‘offshore archipelagos’ concept as being unfounded in UNCLOS, and we agree with the findings of the 2016 South China Sea Arbitral Award in this respect.

We’ve seen Vietnam fishing vessels being rammed or even sunk and Chinese vessels congregating around Whitsun Reef in the Spratlys – threatening regional stability and undermining the rule of law.

And let us be clear, that is not just a regional issue, nor is it even just a maritime issue. If the terms of a law-making international treaty, bearing the signature of 168 parties, can be junked on a whim, it becomes not just an attack on one or other article or treaty but a wholesale assault on the international system.

Which is why we are also becoming more proactive and more persistently engaged in the region.

The UK Armed Forces are no longer being held as a force of last resort. They are becoming more present and active around the world. They are increasingly acting below the threshold of open conflict to uphold those values, secure our interests, partner our friends, and enable our allies – whether they are in the Euro-Atlantic or the Indo-Pacific.

That’s why you are seeing us increasing our maritime presence in the Indo-Pacific to both uphold the rules based international order and to stand firm alongside friends in the region.

And there’s no greater demonstration of that commitment than HMS Queen Elizabeth’s arrival.

But it is her convening power, whether conducting passage exercises or port visits, that is really strengthening our friendships in this strategically vital corner of the globe. So the Carrier Strike Group really is the embodiment of everything UK Defence is seeking to achieve through our Integrated Review – a major multilateral deployment of cutting-edge military capabilities, partnering with our closest of allies – The United States and the Netherlands, not to confront an adversary in a crisis but to confidently project our shared values.

And my final point – the third feature of our regional approach – is that we must invoke the spirit of partnership.

Partnerships reduce our vulnerabilities, improve our resilience, and help us counter everything from state threats to transnational challenges.

Partnerships are capabilities in their own right and they are what distinguish us from our adversaries.

So this year, as we celebrate fifty years of the Five Power Defence Arrangements (FPDA) with our Australian, New Zealand, Singaporean and Malaysian the oldest effective agreement in the region, we are also looking to deepen our relationship with ASEAN.

I believe it is imperative to work with our ASEAN friends. Following the “ASEAN way” in pursuit of a peaceful, stable and prosperous world.

And, as a prospective ASEAN Dialogue Partner, we will seek to work together on global challenges, support ASEAN’s central role in regional stability and prosperity while enabling sustainable development in South East Asia.

But we also want to strengthen our bilateral partnerships, especially with our friends in Vietnam.

I know you share our desire to safeguard international stability – I saw that in your brave peace keepers this morning and was struck by their passion and belief in the mission in South Sudan.

And I recognised that as the very same commitment and conviction that I saw the eyes of our own professional personnel. So it’s time we harnessed their energy.

We have a long-standing Strategic Partnership and are developing the Defence Cooperation Memorandum of Understanding, but I believe the United Kingdom and Vietnam can still go further; whether on maritime security, peace keeping operations, staff talks, capability developments, shared training or combined exercises.

Which is one of the reasons I am here in Hanoi, exploring ways to expand and deepen our partnership.

In these times of Covid, we need no reminding that both the challenges and the opportunities that the world will face – and this region in particular faces – are becoming ever-more complex and resilience through partnerships is ever-more important.

Yet in the global response to this pandemic, we are seeing nations follow two divergent paths, the bullying and buying of client states on one hand, versus the open and honest offering of friendship to others.

As I have laid out, the United Kingdom offers genuine partnership, based on shared values and a commitment to proactively and persistently promoting them throughout the region.

The United Kingdom has historically had a reputation for fair play. No matter how big or small you are, how rich or poor. All nations should treat each other fairly, with respect, and it is the likes of the UN convention that safeguards that belief. As a P5 nation of United Nations, we should not only uphold those laws, but we have a duty to uphold them around the globe where ever we are.

And I am very glad that this is my first visit to Vietnam and the first visit of as a United Kingdom Defence Secretary. That we recognise that working together in a partnership, strengthen our resilience, and uphold rule of law and collectively we can make sure we move forward for the prosperity of our people.