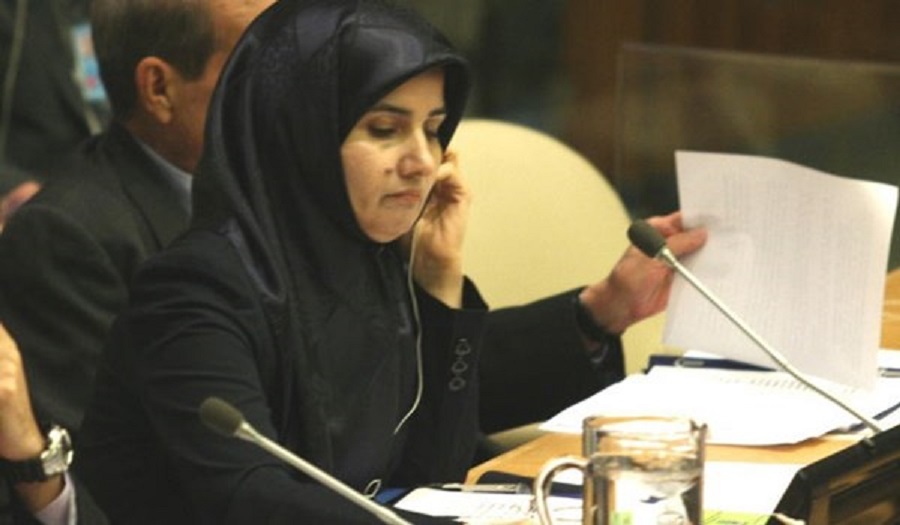 Minister of the People’s Power for Foreign Affairs of the Bolivarian Republic of Venezuela,

At the outset, I would like to extend my appreciation for the initiative of the Bolivarian Republic of Venezuela for organizing this important meeting. It is indeed an honor to participate in this august Forum.

This valuable gathering is especially significant as it is being held at the tenth anniversary of the adoption of Tehran Declaration and Programme of Action on Human Rights and Cultural Diversity. In this document, the NAM member states not only renewed their commitment to the firm convictions of the founders of the movement concerning human rights but also laid emphasis on the need to respect the beliefs, value system and traditions of different cultures and the right to self-determination.

The Non-Aligned Movement is very unique for the cultural, economic and political diversity of the people of its member states. This also leads to the diversity of their legal systems, as law is manifestation of the cultural, economic and political peculiarities of each and every nation. The nations of the Non-Aligned Movement have strong and longstanding cultural and civilizations roots. Major civilizations of the world began in geographical regions that are now part of the Movement. It is evident that the Movement is not and should not be understood as an alignment against other cultures and civilizations.

In this short talk, I would like to put emphasis on the legal diversity as an outcome of the cultural, economic and political peculiarities of each nation. Indeed, legal diversity not only is desirable but also inevitable. To show the necessity of legal diversity, I refer to a few provisions of Islamic Republic of Iran Constitution and Civil Code.

Article 12 of Iran Constitution declares the official religion of the Country (i.e. Islam and Specifically Shi’a school of thought) and then continues: “Other Islamic schools of thought, such as the Hanafi, Shafi‘i, Maliki, Hanbali, and Zaydi, are fully respected and their followers are free to perform their own religious practices, religious education, and personal matters. They may practice their religious education, personal status, (marriage, divorce, inheritance, and bequest), in accordance with their own jurisprudence. … In any region where the followers of these schools of thought are in the majority, local regulations, within the councils’ jurisdiction, are set according to that school of thought so long as the rights of the followers of other schools… are maintained.”

Accordingly, Iran Constitution recognizes cultural and consequently the religious diversity and allows the followers of different schools of Islam to practice their religious education, and perform matters related to personal status (marriage, divorce, inheritance, and bequest), in accordance with their own jurisprudence.

In Article 13, the Constitution goes further and recognizes other Iranian religious minorities i.e. Zoroastrians, Jews, and Christians and announces that “… they, within the limits of the law, are free to exercise their religious ceremonies and exercise matters of personal status and religious education according to their religion”.

In addition, Article 14 of the Iran Constitution recognizes a general rule for all non-Muslims and declares: “The government of the Islamic Republic of Iran and Muslims are required to treat the non-Muslim individuals with good conduct, in fairness and Islamic justice, and must respect their human rights….”

Iranian Civil Code follows this attitude and extends it to foreign nationals who are residing in Iran. According to Article 7 of the Iranian Civil Code: “Foreign nationals residing in Iran, within the limits of treaties, in matters related to their personal status and legal capacity, also in matters related to the right of inheritance, are bound by the laws of their country of origin [i.e. their own country] ” .

Also, according to Article 965 – the legal guardianship and the appointment of a guardian for a minor must be in accordance with the laws of the country of the ward.

It should be noted that almost in all countries and all legal systems, there is a branch of law which is called private international law or, interchangeably, conflict of laws and provides for the rules governing the conflict of laws. From the perspective of this gathering I would like to call this branch of law as law of tolerance, because it teaches how to tolerate foreign law and recognize and apply it where it is more appropriate to regulate the disputed matter. The conflict of laws rules determine which law should be applied in cases with ties to two or more countries. For example, in Iran the properties are subject to the law of the country where they are situated, or documents are subject to the law of the country where they are drawn up. It means that if a dispute related to properties or documents are raised, the courts shall apply the law of the country where the property is located or the document was drawn up although it is not Iranian law. This shows tolerance and flexibility by the Iranian legal system like other countries in recognition and enforcement of foreign laws in the heart of the domestic legal system.

The same is true where the governing law is selected by the parties or where the custom or course of practice is applied to contractual disputes by a court or an arbitral tribunal, instead of lex fori or lex arbitri (i.e. instead of the law of the country where the examining court or arbitral tribunal are located). This demonstrates another feature of tolerance and tendency to reconciliation.

Indeed, as it was mentioned before, because the legal system of a country is mainly a reflection of the culture of the relevant nation, almost no legal system is same as or a copy of another, and all the legal systems have their own peculiarities and characteristics. This is not only inevitable but also desirable and should be welcomed.

For example, Article 975 of the Iran Civil Code provides that “The court cannot enforce foreign laws or private agreements which are contrary to the public morals or which may be considered by virtue of injuring the feelings of the society or for other reasons, as contrary to the public order, notwithstanding the fact that the enforcement of such laws is permissible in principle”.

So, the Iranian legal system gives effect to legal diversity and, wherever it is required, recognizes and enforces foreign laws unless the enforcement of such a law is contrary to the public policy and public morals. Such a restriction, in its turn, reflects, as a matter of fact, the diversity of different cultures and moral systems which lead to different concepts of public policy and public morals in each legal system.

Taking into account the clarification given on cultural and consequently legal diversity, human rights, per se, are not the construct of any particular culture. Human rights are a cross cultural consensus having roots in all cultures and civilizations. Therefore, without denial of necessity of universal concept for human rights, we strongly believe that such universal concept will not be materialized unless it is penetrated into the conscience of each and all nations and individuals through its reliance on the common values and common aspects of all cultures. Hence, improvement of the situation of the human rights requires ongoing dialog between different nations and continuous examination of what diverse cultures can achieve through such an international dialog.

The world is experiencing profound and complex challenges, including ‎the rise of radicalism and extremism. In this regard ‎manifestations of cultural prejudice, intolerance and xenophobia towards ‎different cultures and religions may generate more hatred and violence ‎among peoples and nations. Cultural diversity is ‎becoming a target of terrorism and terrorist acts increasingly ‎target the very cultural identity of different nations. ‎

Holding of this meeting on human rights and cultural diversity is a timely and commendable initiative, and will help NAM to attain the status it truly deserves. This meeting demonstrates the solidarity of NAM in confronting cultural prejudice that has targeted in a creeping fashion the nations of the world. Such an attitude would have adverse effect on the global improvement of the human rights and would cultivate more grounds for radicalism and extremism.

Ten years ago, the Non-Aligned Movement decided to establish NAM Center for Human Rights and Cultural Diversity in order to create a mechanism for an independent human rights dialogue needed for gaining an improved status that is expected from NAM.

I hope that this Center through its constant activities and by organizing gatherings for exchange of views among Non-Aligned Movement member states, United Nations member states and other international organizations can provide the proper environment and a platform for an inter-cultural human rights dialogue at the global level.

Allow me at the end, to wish success for all the participants at this meeting in their efforts for the improvement of the human rights and I hope these efforts lead to new opportunities for the promotion of human rights through mutual respect for cultural diversity, history, traditions, values and the beliefs of all nations and individuals and by enhancement of tolerance nationally and internationally.