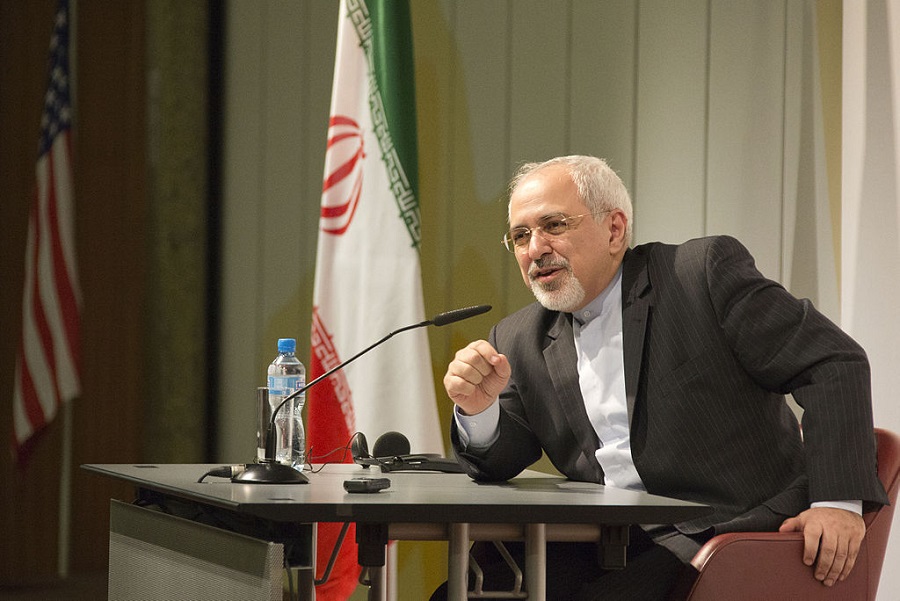 I am very happy to be able to make it to this final day of the Munich Security Conference, having just arrived from a historic state visit of President Rouhani to India.

Last year, I repeated before this forum Iran’s proposal for a security arrangement in the Persian Gulf, founded on dialogue, common principles and confidence building measures.  Some of our neighbors used their opportunity here last year to level accusations against Iran.  Some have, and others will, do the same this year.  You were the audience for a cartoonish circus just this morning, which does not even deserve the dignity of a response.  So let’s move to more serious issues.

I’m happy that in contrast to the approach of some, the UN Secretary General chose to endorse the forward-looking approach that I outlined here last year. I am here to expand on that, and to tell you that unless there is a collective effort to bring inclusive peace and security to the Persian Gulf region, we will be engulfed in turmoil and potentially far worse for generations to come.  And our turmoil, in this interconnected world, is everyone’s turmoil, as evidenced by events in both our region and in the west since the turn of this century.

Today, the territorial defeat of ISIS has heralded the return of some sense of stability to the territory it once occupied.  But the defeat of one of the world’s most evil organizations does not mean that the threat of extremism has been removed from the region and beyond.  The root causes – particularly its ideology of hate and exclusion – continue and may erupt somewhere else.

For too long, military powers have had multiple strategies to win wars.  And for too long, they have ignored any strategy to win the peace.  For too long, major powers and their regional allies have made the wrong choices in our region and then have blamed others, particularly Iran, for the consequences of their own short-sighted and trigger-happy strategic blunders:

From supporting Saddam Hussein’s invasion of my country in 1980 to aiding and abetting his use of chemical weapons; from the wars to evict him from Kuwait and then to remove him altogether; from first supporting Al-Qaeda and the Taliban, to waging a war to remove them from Afghanistan; from supporting the same brand of extremist terrorists bringing ruin to Syria to dangerously occupying parts of Syria under the guise of fighting the groups they have armed and financed; from Israel’s invasion and subsequent aggressions on Lebanon and its illegal occupation of Palestine to its routine incursions into Syrian airspace; and from the bombing of Yemen with western supplied planes.  What have these actions brought the world?

The U.S. and its local clients in our region are suffering from the natural consequences of their own wrong choices.   But they use this and other fora to revive the hysteria on Iran’s foreign policy and obscure its reality.  But did Iran force them to make all those wrong choices as some of them ridiculously claim?  Are we to blame because we were on the right side of history, fighting Saddam Hussein, Al-Qaeda, Taliban, ISIS, Nusrah and the like, while the US and company were financing, arming and supporting them?

As I said before this forum last year, Iran believes that our Persian Gulf region requires a fresh regional security architecture.  We believe in, and have proposed, creating what we call a “strong region” as opposed to a “strong man in the region.”  A strong region where small and large nations—even those with historical rivalries—contribute to stability.

This is simply recognizing the need to respect the interests of all stakeholders, which by its very nature will lead to stability, while hegemonic tendencies by any regional – or global power will, by its very nature, lead to insecurity.  The arms race in our region—and no country represented in this forum is completely innocent in perpetuating it—is an example of the destructive and unnecessary rivalry that has made our neighborhood unsafe and insecure.

In a quest to create our “strong region”, we need to be realistic and accept our differences.  We need to move from collective security and alliance formations to inclusive concepts such as security networking which can address issues that range from divergence of interests to power and size disparities.  Security networking is a non-zero-sum approach that accepts that security is indivisible, as opposed to alliances and blocks, which are fundamentally based on the defunct zero-sum approach of gaining security at the expense of the insecurity of others.

The nuclear deal was an example of such non-zero-sum thinking.  Recognizing differences but also recognizing a common goal, and maintaining respect for the interests of all parties guided the difficult negotiations that led to the successful conclusion of the JCPOA.  And that may be why those who see everything in terms of one-sided profiteering are so intrinsically opposed to it.

Immediately after the conclusion of JCPOA, Iran sought to use the same approach for the Persian Gulf and proposed to create a ‘Regional Dialogue Forum’.  That proposal fell on deaf ears, but is still on the table.  It is the only way out.  It could become, if our neighbors join us, a forum that will be used as an instrument for helping organize and advance dialogue at all formal and informal levels in our region, and while encouraging inter-governmental and formal dialogue, it can also promote dialogue between scholars and thinkers.

The parameters of Iran’s proposed regional architecture are simple but effective: rather than trying to ignore conflicts of interests, it will accept differences.  Being premised on inclusivity, it can act as a firewall to prevent the emergence of an oligarchy among big states, and importantly, it allows smaller states to participate and have their interests protected.

Like the Helsinki process, the future security architecture in the Persian Gulf should be based on the “ticket principles” and “CBM baskets”.  All countries around this strategic yet volatile waterway should be able to enter by committing to a series of common standards enshrined in the UN Charter, such as sovereign equality of states; refraining from the threat or use of force; peaceful resolution of conflicts; respect for the territorial integrity; inviolability of borders; non-intervention in the domestic affairs of states; and respect for self-determination within states.

We also recognize that we need confidence-building measures in the Persian Gulf: from joint military visits to pre-notification of military exercises; and from transparency measures in armament procurements to reducing military expenditures; all of which could eventually lead to a regional non-aggression pact.  We can begin with easier to implement issues such as the promotion of tourism, joint investments, or even joint task forces on issues ranging from nuclear safety to pollution to disaster management.

At a time when we are dangerously close to escalating conflicts that will affect our children and grandchildren, I encourage my counterparts in the Persian Gulf to join Iran in making these proposals a reality.